Canadians bought nearly 50,000 fewer new vehicles during the first three months of 2022 than during the same period of 2021. But not by choice.

The dramatic 12-per-cent decrease in auto sales was not caused by a shortage in demand but rather developed entirely due to the global shortfall in inventory. Through their dealers, manufacturers were still able to deliver nearly 340,000 new vehicles in the first-quarter of 2022, but more often than not these were vehicles that were pre-ordered or foreordained for individual buyers. Rolled off the truck; rolled into a driveway.

Yet in a market where powerhouse manufacturers such as General Motors lost nearly a quarter of its volume, a market in which Toyota tumbled 15 per cent and Honda absorbed an 18-per-cent gut punch, a market that saw sales of Canada’s No.1-selling Ford F-Series plunge 40 per cent, there were bright spots.

And some of those bright spots positively shimmered. Canada’s 10 fastest-growing auto brands during the first three months of 2022 combined to add 9,000 sales to the ledger compared with 2021 even as the rest of the market faltered to the tune of an 18-per-cent drop worth 56,000 lost sales.

Put simply, these 10 brands were simply able to build enough cars. (We’ve chosen only to discuss brands that have sold in excess of 1,000 vehicles so far this year – Alfa Romeo, Mini, and Genesis have all produced year-over-year improvements, as well.) But we want to know more. What are they selling? What’s different from 2021? And inventory concerns aside, will they be able to sustain this forward momentum?

Although Volvo’s gains are modest in comparison to some of the hot sellers on this list, the Chinese-owned Swedish marque’s growth is noteworthy given the trajectory of many top-tier rivals, including BMW’s 5-per-cent drop and the 17-per-cent decrease at Mercedes-Benz. The 6-per-cent increase in Volvo’s SUV sales — the XC models account for 9 in 10 Volvo sales in Canada — explains the brand’s 2022 expansion. Volvo’s shrinking car lineup reported a more market-worthy 17-per-cent decline.

Forget, for a moment, the fact that Audi ended Q1 as Canada’s top-selling premium auto brand. Consider Audi’s increasingly important placement in the Volkswagen Group order. Volkswagen sales took a 20-per-cent hit in the first-quarter, which means Audi now accounts for 37 per cent of the Group’s Canadian volume; up from 32 per cent a year ago, 30 per cent in pre-pandemic 2019, and 26-per-cent in 2015. Selling some of Canada’s highest-volume premium utility vehicles is quite a boost: the Q5 and Q3 produced 2,182 and 1,560 first-quarter sales, respectively.

In the straight terms of added volume, no traditional premium brand grew its Canadian sales at a faster rate than Lexus in 2021. Toyota’s upmarket brand posted a 24-per-cent increase worth 5,085 extra units last year. While clearly not as rapid, the Lexus growth spurt in 2022 continues to be impressive. The big draw at Lexus, as always, is the Canadian-built RX. Sales of the RX jumped 27 per cent to 2,262 units between January and March. 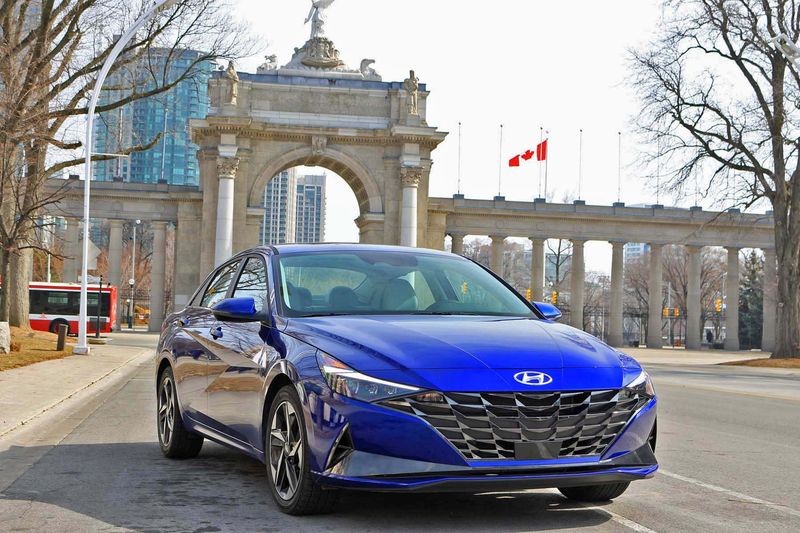 While many members of this group are on the smaller end of the scale, Hyundai is currently Canada’s third-ranked auto brand, well ahead of typical third-place finisher Honda. Hyundai’s first-quarter volume doesn’t just place the brand ahead of the Q1 pandemic sales pace from 2020 and 2021, either. Hyundai’s 26,692 sales top 2019’s first-quarter performance by a 9-per-cent margin. What’s happening at Hyundai? Cars — yes, cars — are selling far better now than they were a year ago. The Elantra, Ioniq, Sonata, and Veloster are up a combined 884 units, a 14-per-cent uptick.

Stellantis’s Canadian dealers have Jeeps. That fact alone is enough to sell vehicles in 2022. But it also helps that Jeep has desirable elements in its lineup. The Wrangler, sales of which jumped 47 per cent in the first-quarter to 6,642 units, is the primary draw, to be sure. Jeep also managed to produce increased volume with the Compass, Gladiator, Grand Cherokee, and Renegade.

Often not included on lists like this due to the fact that Tesla doesn’t report model-specific, market-specific, monthly auto sales, there’s one thing we do know: Tesla is growing. Automotive News pegs Tesla’s first-quarter growth at the equivalent of 900 additional sales compared to 2021, placing between Audi and Lexus in total volume. The same estimates suggest 6 in 10 Tesla sales come from the entry-level Model 3. 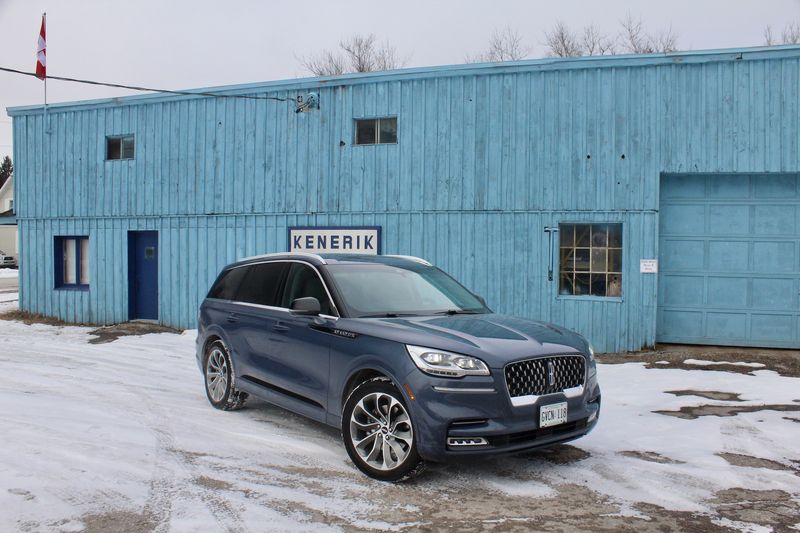 Ford’s namesake brand had its share of difficulties in the first three months of 2022. The F-Series barely hung on to its No.1 overall sales position and total Ford volume fell by more than one-fifth. But Lincoln (which produces only 4 per cent of Ford Motor Company sales in Canada) moved in the opposite direction, thanks to significant increases from the Aviator, Corsair, and Nautilus. Remember, Lincoln now sells SUVs and crossovers; no cars.

2021 was a big year for Porsche Canada. The best year ever, actually. Could Porsche produce yet another record midst the auto industry’s supply crisis? If we base conclusions on the brand’s performance during the slowest selling season of the year, then yes. Most definitely. Porsche’s 29-per-cent jolt occurred due to big growth from the three top sellers: Macan (up 32 per cent), Cayenne (up 52 per cent), and 911, (up 30 per cent). That trio accounts for nearly 9 out of every 10 Porsches sold in Canada. 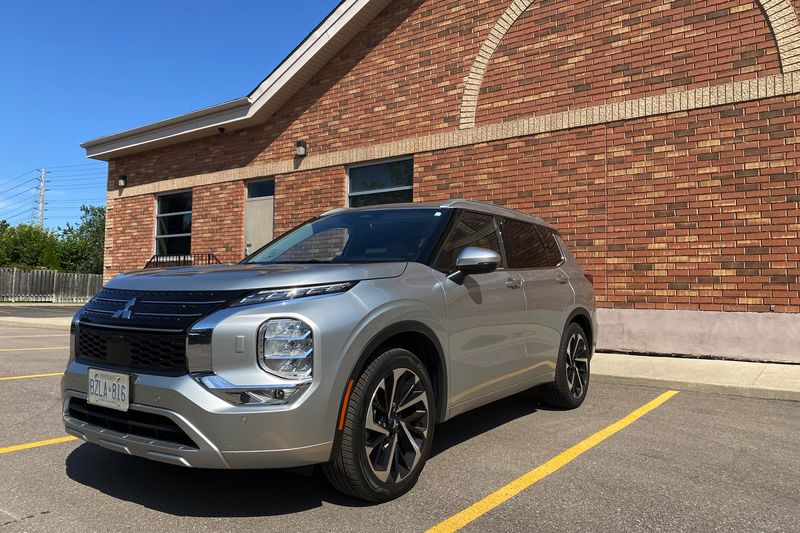 Mitsubishi’s only car is the silly Mirage. The Eclipse Cross certainly doesn’t live up to the heritage of the Eclipse name. The new Outlander is a quirky sibling of the Nissan Rogue. The current iteration of the RVR is more than a decade old. Mitsubishi, however, is riding a wave with three utility vehicles all selling in excess of 2,000 units in the first-quarter, including a 67-per-cent increase for the Eclipse Cross and a 34-per-cent improvement for the new Outlander, Mitsubishi’s current top seller.

Long gone are the days of volume Chryslers such as the PT Cruiser and Sebring, but Stellantis has a new strategy for Chrysler presently centered around, well, hold on a second — two virtually identical minivans? The Dodge Grand Caravan is dead; the Canadian replacement is the Pacifica-based Chrysler Grand Caravan. With only a measly 253 sales of the Chrysler 300 sedan, the Pentastar brand is becoming relevant again, thanks, strangely enough, to 3,374 minivan sales.