There’s nothing like a sense of impending doom to, well, you know, serve as a faithful harbinger of actual doom.

Sure, sometimes it’s just paranoia. But while worries surrounding toilet paper shortages are now a distant memory, the auto industry’s initial concerns in the early part of 2021 surrounding the dearth of available microchips eventually led to production halts and acres of visible asphalt on dealer lots across the country.

What happens when auto dealers have no vehicles to sell? It’s not a trick question — they simply don’t sell any vehicles.

Fortunately, not all product lines have been affected. Thankfully, consumers have quickly adapted to very European idea of ordering their desired vehicle and waiting (and waiting, and waiting) for it to be built just the way they like it. Quite successfully, the auto industry has converted this lack of supply into healthy per-vehicle profits — there’s no need for incentives when demand greatly outstrips supply.

Some vehicles lines, however, are suffering from significant shortfalls. And no, it’s not just the niche-market Porsche Caymans (down 79 per cent in the third-quarter), Audi A4s (down 61 per cent), Range Rover Evoques (down 51 per cent), and Dodge Challengers (down 42 per cent) of the world that are watching buyers disappear because there’s nothing to offer them. Canada’s best-selling vehicles aren’t immune.

After a strong first-half in which Canadian auto sales volume bounced back from 2020’s disastrous start to the tune of a 33-per cent year-over-year increase, third-quarter sales over the course of the summer tumbled 12 per cent. That’s right, there were 12-per cent fewer sales in the July-September period of 2021 — 60,000 fewer vehicles — than there were when the pandemic was still in its early stages in 2020. Those aren’t the kinds of losses that pile up from low-volume sectors.

The third-quarter was unkind. In the bizarre 2021 summer that just concluded, these 10 popular vehicles lost volume at a vicious rate.

Ford F-Series: down 40 per cent

It’s Canada’s best-selling line of vehicles. Over the last half-decade, Ford has averaged over 12,000 sales per month in Canada. In 2020, Ford sold 48,425 F-Series trucks between July and September — that’s over 16,000 per month. It’s the vehicle on which Ford dealers rely for over half their volume. But F-Series sales tumbled 40 per cent in Q3, a loss of over 19,000 vehicles. It’s still No.1 in Canada, but without an adequate or even semi-adequate supply of pickups, Ford Motor Company is now trailing Toyota Canada in total year-to-date sales.

The RAV4 isn’t just Canada’s top-selling SUV/crossover; it’s Canada’s third-best-selling vehicle overall. RAV4 sales were absolutely booming in the first-half as Toyota seemed untouched by the parts crunch that was taking a bite out of so many automakers’ sales. RAV4 volume jumped 84 per cent to 37,908 by the end of June. The RAV4 slipped behind the Honda CR-V in Q3 thanks to a 29-per cent drop to just 14,920 units, a loss of 6,094 units.

As if the Ford F-Series’ decline wasn’t sharp enough, Canada’s No.2 line of trucks reported an even sharper decrease in Q3. In fact, the Ram wasn’t close to No.2 in the third-quarter, as two different utility vehicles — Honda CR-V and Toyota RAV4 — actually produced more volume. Ram’s 45-per cent drop translates to a staggering loss of 12,181 sales over the span of just three months.

GMC Sierra/Chevrolet Silverado: down 27 per cent

Officially the seventh and eighth-best-selling vehicles in the third-quarter, the combined efforts of these virtually identical pickups resulted in 21,133 sales this summer. That’s a lot of trucks, but it’s a small number for a duo that produced 29,104 sales in the summer of 2020, when many parts of the country still weren’t allowing in-showroom shopping.

Hyundai Kona: down 21 per cent

The Hyundai Kona remains Canada’s best-selling subcompact crossover, not to mention the 10th-best-selling vehicle in the country, but its 21-per cent decrease from the summer of 2020 represents a major loss for Hyundai dealers. It’s a loss of more than 2,000 sales over the course of the summer. The Kona’s kickoff to 2021 was stellar, the result of which is a 21-per cent year-over-year increase over the first nine months of 2021.

Jeep Wrangler: down 32 per cent

At one point or another, it seems virtually every licensed driver goes through a Wrangler phase. Oh, many don’t acknowledge it. Many don’t act on it. But Wrangler desirability is hard to shake. This summer, it didn’t entirely matter whether you wanted one — it was likely you would have trouble finding the one you wanted. Sales fell by a third, a decrease of 2,273 units. The Wrangler went from producing four out of every 10 Jeep sales at this stage of 2020 to three out of every 10 Jeep sales in the summer of 2021.

Ford Explorer: down 30 per cent

At the top of the heap in Canada’s race to become the best-selling three-row vehicle, there are two prime competitors: the Ford Explorer and the Toyota Highlander. In Q3, Highlander sales continued to blossom, rising 21 per cent to 5,432 units. The Explorer, on the other hand, faded fast. It was still among Canada’s 30 top-selling vehicles, but Explorer volume dipped 30 per cent to 3,975 units. Between July and September of 2020, Ford had sold 5,696; 1,200 more than the Highlander.

Kia Seltos: down 23 per cent

Like its visually unrelated partner vehicle from Hyundai, the Kona, Kia’s small crossover took a significant hit in the third-quarter of 2021. It’s only the Seltos’s second summer on sale, yet despite strong demand sales fell 23 per cent as dealers fought amongst themselves for what little stock exists. With 4,944 sales in 2020’s third-quarter, the Seltos was Kia’s top seller. This year, Seltos Q3 volume dropped to 3,816 units; 1,200 fewer than the Kia Forte. The Seltos was Canada’s 29th-best-selling vehicle in the third-quarter. 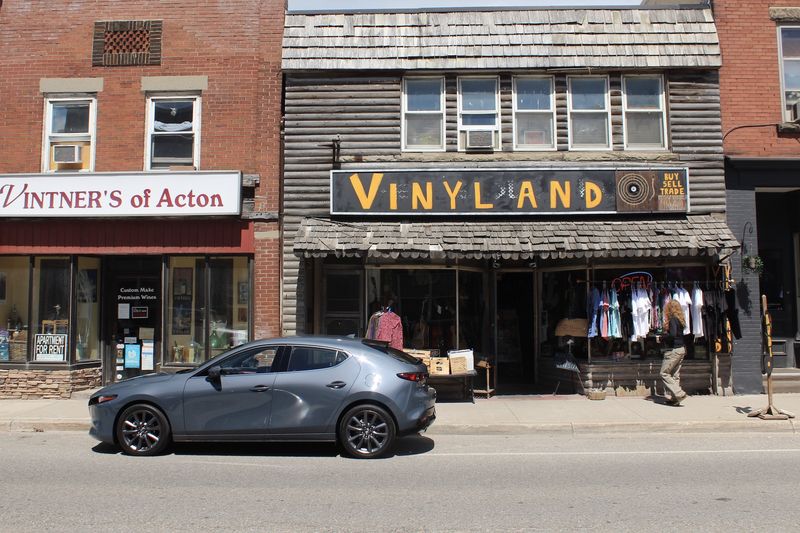 Kia Sorento: down 37 per cent

The new fourth-generation Kia Sorento was supposed to join the Kia Seltos and make Kia Canada’s fastest-growing auto brand in 2021, as it was in 2020. That’s not quite going according to plan. Kia can’t deliver a sufficient quantity of Seltos or Sorentos to dealers, and brand-wide sales actually decreased in Q3. Sure, it was a modest 0.1-per cent decrease in a market that fell 12 per cent, but it certainly doesn’t rank Kia among the fastest-growing brands. Sorento sales dropped to 3,010 units in the third-quarter, a loss of 1,754 units.