As Canadian new vehicle sales in 2021 rebounded from the lows of 2020, there was one lingering problem.

Across virtually all brands and model lines, demand greatly outstripped supply, particularly in the second-half of 2021. Automakers simply could not acquire the necessary parts — chips, most especially — to keep factories running on a consistent basis.

Yet despite the limited inventory on dealer lots, Canadians still acquired 7 per cent more vehicles in 2021 than in 2020, enough to make 2021 the 11th best year on record. 1.66 million new vehicles were sold. Brands such as Toyota, Hyundai, Nissan, and Volkswagen gained significant chunks of market share as, for much of the year, they all had a sufficient number of vehicles. Not a surplus, mind you, but enough.

On the flip side, factory slowdowns and shutdowns combined with shipping hindrances to sorely limit the flow of many high-volume vehicles. Just how bad was it?

We’ve compiled a list of 10 vehicles that each produced at least 5,000 sales in 2020 — surely enough to be considered volume products — before falling off a cliff in 2021. We ignored discontinued vehicles that were bound to suffer dramatic declines regardless of broad market challenges to concentrate on in-demand vehicles that lost great swathes of market share. Combined, this group lost more than 26,000 sales between 2020 and 2021, a shocking decrease given the market’s upward trajectory.

In almost any other year, you could examine a list of the most severe sales declines in the Canadian auto industry and draw conclusions regarding the vehicles’ decreased desirability. But 2021 is not any other year. Invariably, during a year in which incentives decreased and transaction prices skyrocketed, all it would have taken for these 10 vehicles to attract more buyers was more inventory.

The Chevrolet Traverse isn’t a major player in a segment that’s controlled by the Toyota Highlander, Ford Explorer, and Volkswagen Atlas. Members of that trio averaged more than 16,000 sales in 2021 — Chevrolet hasn’t topped 6,000 units on an annual basis since 2010. 2021 was a poor year by Traverse standards, however, after the big Chevy averaged nearly 5,700 annual sales between 2018 and 2020.

There’s one straightforward way of assessing the damage done to the Subaru Forester in 2021. Just look at the list of Canada’s top-selling SUVs and crossovers. In 2020, the Forester ranked 17th; in 2021 the Forester fell 12 spots to 29th. Subaru fortunately had no difficulty moving Crosstreks. The No.1 Subaru reported a 35-per-cent year-over-year increase and ended the year as eighth-best-selling utility vehicle.

Only the quirkiest of metrics would declare Canada’s second-best-selling line of vehicles to be among the worst performers in 2021. Yet Stellantis’s Ram truck line posted a 12-per-cent drop worth 10,205 lost sales. That was enough to shrink Ram’s share of the full-size truck market by nearly two points to 24 per cent.

The third-generation Nissan Murano is no spring chicken, having launched in time for the 2015 model year. Murano sales, therefore, had not surprisingly begun to slow quite substantially even prior to the pandemic. Murano volume collapsed by more than a fifth between 2017 and 2019. Challenges of the last two years have simply exacerbated the Murano’s difficulties.

By 2020, it was becoming increasingly clear that midsize pickup trucks had a future. No, they don’t produce anything like the kind of volume generated by their full-size brethren, but the segment’s growth was notable. Near the top of the heap was General Motors. Between two trucks — the Colorado and Canyon — GM owned 25 per cent of the market. In 2021, GM’s market share fell to 22 per cent as Colorado sales slipped 16 per cent; GM’s rivals were up 10 per cent. 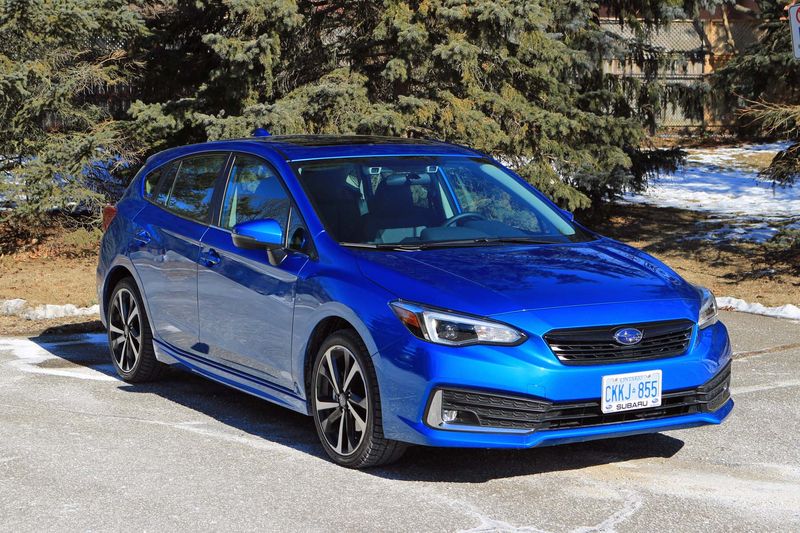 Passenger cars are losing market share, of that there can be no doubt. Yet in terms of real volume, 2021 sales were actually slightly better than 2020’s car output. The Subaru Impreza did not follow its rivals trajectory, losing 1,300 units over the course of just one year. The Impreza’s offshoots told a different tale: WRX volume jumped 17 per cent; the Crosstrek rose 35 per cent to generate 41 per cent of Subaru sales.

In 2018, Honda Canada sold 11,546 minivans. It was the first year for an all-new Odyssey, and despite decreased interest in minivans, Odyssey volume was up 3 per cent. The same year, Kia sold 5,388 minivans under the Sedona banner. On the whole, minivans have tanked to an even greater degree over the last three years, and the increasingly upmarket and supply-constrained Odyssey produced only 5,361 sales in 2021. The Kia Carnival, terribly scarce on dealer lots as well, was only a single unit behind.

GM Canada’s dealers certainly didn’t have enough SUVs in stock in 2021 to provide shoppers with a sufficient number of options. Yet when it comes to the GMC Terrain, it was clear even before the pandemic that interest in GM’s entry-level utility vehicle wasn’t what it used to be. Typically, GMC is accustomed to selling more than 12,000 Terrains annually. 2021’s 7,235-unit total was the lowest full-year Terrain tally since its launch in 2009.

Part of a two-pronged Toyota truck lineup that’s notorious for strict inventory controls even before the last two years of global supply chain constraints, the Toyota Tundra’s 2021 performance was also surely affected by a generational changeover. For the first time since 2007, there is finally an all-new Tundra on dealer lots in 2022. Well, you likely won’t find one available on the lot — but Toyota has completed the shift to the company’s third-generation Tundra.

Assembled in Ingersoll, Ontario, the Chevrolet Equinox suffered the worst drop of any volume vehicle in 2021 precisely because it was rarely assembled in 2021. The Equinox’s production line sat idle for months at a time as dealer inventory dried up and GM’s overall position in the Canadian SUV sector weakened. GM sold just under 80,000 SUVs in Canada in 2021, 11 per cent of which were Equinoxes. Pre-pandemic, in 2018, GM sold just under 90,000 SUVs, 24 per cent of which were Equinoxes.