The average transaction price for new vehicles is soaring. In the third-quarter of 2021, according to J.D. Power, it shot up to an all-time high of $42,744 even as average incentives tumbled 36 per cent below pre-pandemic levels.

In other words, Canadians are buying and leasing ever more costly vehicles. Long-term loans help keep the payments tolerable, as do interest rates that remain low by historic standards. But don’t minimize the impact of record-high trade-in values, which offset (to a degree) the rising prices of new vehicles.

Yet during this phase of rapid price increases, not to mention the tolerance for those price increases, there is actually significant sales growth among the 10 most affordable new vehicles in Canada.

Simply put, Canadian auto sales were 13 per cent stronger in 2021’s first nine months than during the same period one year ago. Yet the 10 vehicles with the lowest MSRPs on the market recorded collective gains of 32 per cent, double the growth rate of the market at large. And in the passenger car market, from which 8 of the 10 most affordable vehicles originate, the eight least costly cars have posted six times the growth of the market at large.

That’s not to say the market for truly cheap new cars is expansive. There are at least three important factors to take into account.

First, automakers report sales figures for an entire model lineup, not by trim level. Of the 33,627 Toyota Corollas sold in Canada during the first three-quarters of 2021, for example, how many were manual-shift Corolla Ls of the $19,450 (plus freight/PDI) variety?

Second, “truly cheap” is hardly the name of the game in part because of the equipment levels offered by these vehicles. The Kia Rio’s $17,295 entry point includes air conditioning, heated seats, Apple CarPlay/Android Auto, six-speaker audio, and cruise control — hardly the features of the now-discontinued $9,998 Nissan Micra.

Third, while there’s been significant year-over-year growth among affordable vehicles in 2021, we’re a long ways from where we used to be. In 2009, the last time cars outsold light trucks in Canada, the most affordable segment of all — subcompacts — accounted for 7 per cent of all sales. In 2021, that figure has fallen a tick below 1 per cent.

One other way to discover how much the market for cheap cars has evolved? Not only does Honda no longer bother to import the Fit, but the base Civic is now an LX priced from $24,465; only two years removed from Civics that were priced from $18,500 and auto-shift Civic LXs from $21,800. That’s right: Canada’s favourite car is now a $25,000 car.

Yet even in a world of $25,000 Civics and $42,744 average transaction prices, there are affordable vehicles. How well do they perform in the Canadian market? 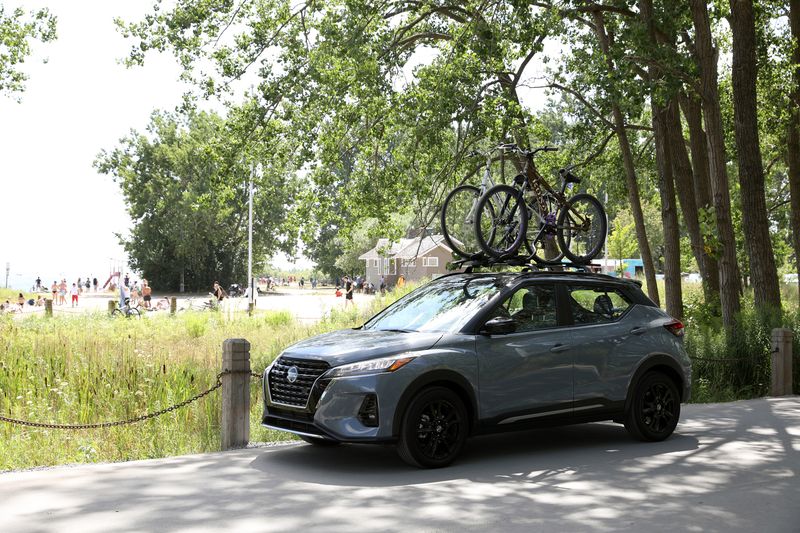 The Kicks is hot. In fact, the Kicks has been hot since its arrival in Canada for the 2018 model year. For a newly resurgent Nissan, much of the brand’s strength comes from its top seller, the Rogue. But the Kicks is Nissan’s No.2 model, outselling all Nissan passenger cars combined. The first-gen Kicks’ crossover credentials are let down somewhat by its lack of all-wheel drive – expect the next-gen Kicks to feature four driven wheels – but its marketplace performance doesn’t reflect that, at all. The Kicks is Canada’s second-most affordable crossover and Canada’s 12th-best-selling utility vehicle.

Locked in the tightest battle for top-selling car honours we’ve seen in eons, the Toyota Corolla is taking the fight to Honda’s 23-time-winning Civic, as both brands struggle to find inventory. Through 10 months, the Civic leads the Corolla by only 286 units. The 2022 Civic’s lack of truly affordable options surely does it no favours given that the Corolla stickers for less than $20,000; $22,190 with an automatic. The Civic’s MSRP kicks off at nearly $25,000.

Arguably the most stylish member of the compact car class, Nissan’s eighth-generation Sentra is certainly reporting growth far in excess of market norms. The latest Sentra launched just in time for COVID-19’s kickoff in early 2020, making its first year more than a small challenge. Over the first nine months of 2021, however, Sentra volume has increased by more than 3,600 units. 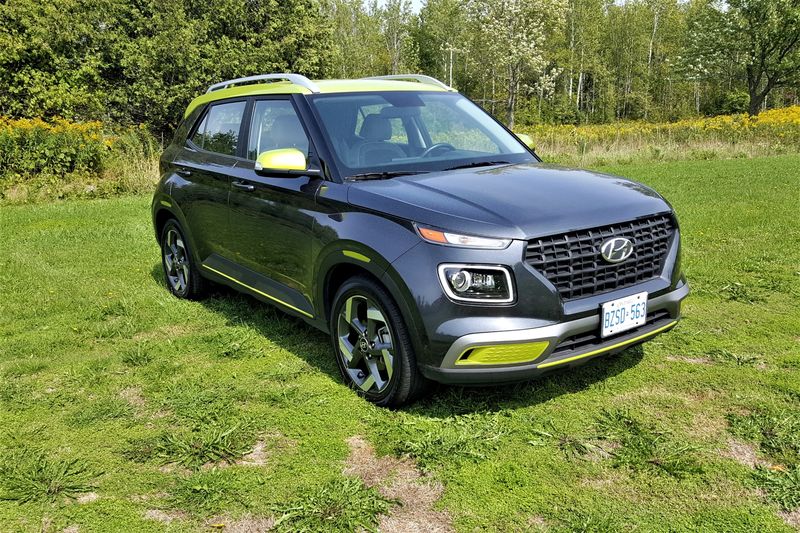 The Venue is Hyundai’s de facto Accent replacement. Canada’s longtime top-selling subcompact car, the Accent earned its spot for good reason. But it also didn’t hurt that it was marketed with entry-level MSRPs that severely undercut many of its rivals. The Venue isn’t Canada’s most affordable vehicle, but with no all-wheel-drive option and little pretense, it is Canada’s most affordable crossover. Hyundai’s utility vehicle lineup is still dominated by the Kona, Tucson, and Santa Fe, which account for six in 10 Hyundai sales. But the Venue’s making headway.

The Hyundai Elantra’s 18 per cent year-over-year uptick is essentially a regaining of consciousness for Hyundai’s former top seller — both the Kona and Tucson now outsell the Elantra. In the past, the Elantra has been a primary challenger for the Honda Civic in Canada’s best-selling car race, but that was when Hyundai sold more than 50,000 Elantras per year. Those days are done, not just for the Elantra but for Canada’s car market on the whole.

Given the downward trajectory of Canada’s car market over the last decade, the Kia Forte’s performance is quirky. Kia is selling 23 per cent more Fortes now than in 2010. The Forte’s share of the compact car segment has tripled from 3 per cent in 2015 to 9 per cent in 2021.

After a brief hiatus, the Versa is back in sedan form only and without the smaller Micra stealing its thunder. The Versa’s better than ever, but the market for a nameplate that generated over 1,200 sales per month a decade ago has no strength. In the third-quarter of 2021, Nissan sold an average of 306 Versas per month. Adjusted for inflation, the Versa’s base price over the last decade grew 10 per cent, but that’s hardly the only reason for the decline in volume. Demand has shifted. The Versa buyer of 2011 is a Kicks buyer in 2021.

Three naturally-aspirated cylinders for $14,000? The sales consultant reads the look on your face and asks, “Can we interest you with something from our pre-owned collection?” The Mitsubishi Mirage was generating modest volume in Canada: over 4,000 were sold in its debut year, 2014. But then Canadians realized they should’ve known better.

Although no longer available with a four-digit price tag, the Chevrolet Spark remains Canada’s most affordable car. It seems to work. Although the subcompact segment is far from its former glory in Canada, the Spark is its leader. It’s a task made easier by the absence of former top-tier competitors such as the Toyota Yaris, Honda Fit, and Hyundai Accent, as well as the Ford Fiesta, Mazda 2, and Chevrolet Sonic. But how popular is the Spark, really? It may be No.1 in the smallest car segment, but think of the vehicles that sell more frequently: Mercedes-Benz GLC, Acura RDX, Lexus RX, and Audi Q5 to name only a few.