How rare are they? For perspective, consider the fact that 2021’s auto market was still strong enough for a soon-to-be-discontinued subcompact, the Chevrolet Spark, to produce around 500 sales per month. The leader in Canada’s slowly dying minivan category still generates nearly 1,000 sales per month. Canada’s full-size truck sector finds 25,000 buyers per month despite severe supply constraints. Yet this group of 10 worst-selling vehicles combined for fewer than 500 sales per month in 2021.

And we’re not talking about an assembly of Bentleys, McLarens, and Rolls-Royces. We’re not even talking about a cohort of Porsches, Audis, and BMWs. We’re actually quite strict with our eligibility requirements.

First, no premium brand vehicles allowed. Second, no vehicles with base prices in excess of $100,000. Third, we don’t permit any vehicles that have been formally discontinued, nor on the other hand do we include vehicles that weren’t on sale at the start of 2021. Finally, we exclude vehicles without rear seats. This leaves us with a group of vehicles that should, in theory, produce significant Canadian sales volume.

These vehicles, however, do not. Some did, but others never found a way into the mainstream.

Perhaps the most discouraging element for the seven manufacturers of these 10 vehicles relates to their performance relative to 2020. 2021, of course, was a year of rebound following all of the lockdown complexity and economic concern of 2020. Canada’s auto industry added more than 100,000 additional sales, a 7-per-cent year-over-year improvement. Yet Canada’s 10 worst-selling vehicles somehow mustered a 14-per-cent year-over-year decline.

Midsize sedans are dropping like flies, with the latest obituaries enshrining memories of the Mazda 6 and Volkswagen Passat. Subaru isn’t allowing the Legacy to give up the ghost despite Canadian sales volume that now amounts to fewer than 20 Legacy sales per week. To be honest, even when the Legacy was selling “well” — there were last over 3,000 sold in 2016 — it was an afterthought in a segment controlled by the Toyota Camry and Honda Accord. For the record, Canadian Camry sales jumped 17 per cent to 11,896 in 2021.

It’s a three-cylinder sub-subcompact marketed largely on the basis of a killer warranty and bargain-basement price point. Most buyers prefer to spend a little bit more on monthly terms and acquire a whole lot more car. As evidence, consider the comparatively enormous volume generated by Canada’s favourite compact cars: the Civic, Corolla, and Elantra combined for just under 110,000 sales in 2021.

A year in which only 795 Chrysler 300s were sold explains why this car’s future — and the future of its Dodge Charger and Challenger stablemates — is always in question. In the modern auto market, full-size sedans are roughly as sought after as iPods. They still serve a purpose and do their job well; they’re even rather cool in a nostalgic sense. But people have moved on.

How narrow a niche does the Hyundai Veloster fill? It’s the Canadian auto industry’s only third-door-equipped coupe. But rather than cover a broad warm hatch spectrum like the first-gen Veloster, the Veloster is now a decidedly spicy 275-horsepower hot hatch sold only as an N model. There simply aren’t that many buyers for an offbeat $37,899 Hyundai, even if the driving dynamics are beyond reproach. 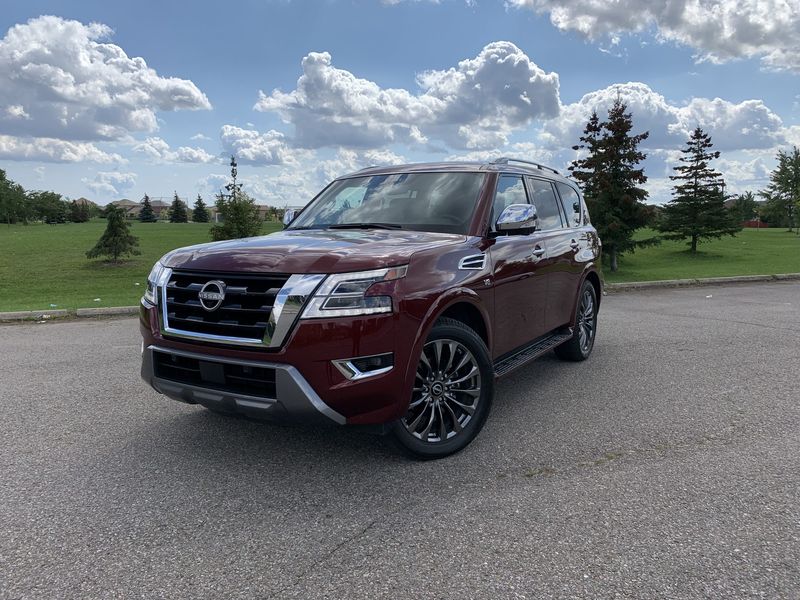 Given that they use the same parts and almost imperceptible design differences, we’ve combined these two sports cars and still discover that they’re not even close to escaping worst seller status. To be fair, only the presence of an emergency-use rear seat qualify the Toyobaru duo. Moreover, they’re in a transitional generation-changing phase. But at 514 sales in 2021, the twins are off their best-ever pace by 83 per cent. Can affordable sports cars sell? Mazda reported over 1,000 MX-5 sales in 2021.

The Nissan Maxima’s Detroit competition have almost all dried up. The Taurus, Impala, and LaCrosse are dead. Asian rivals from Kia and Hyundai (Cadenza and Azera) called it quits; the Toyota Avalon is departing. Yet Nissan persists with its Maxima, though sales tumbled 43 per cent compared with 2020 and 77 per cent over the last half-decade.

Forget high fuel prices — full-size SUVs are hot tickets at the moment. Sales across the segment grew by an astonishing 75 per cent in 2021. But most of those vehicles are Chevrolets, GMCs, and Fords. Two Japanese brands compete for the leftovers; only 5 per cent of the category. The Toyota Sequoia is all-new this year for the first time since 2008. Pending supply, that should be enough for the Sequoia to escape this worst-selling vehicles list.

Jeep is one of the foremost sellers of SUVs and crossovers in Canada. Subcompact SUVs/crossovers are one of the largest vehicle categories in the country and growing at a rapid pace. (Sales rose 22 per cent in 2021, enough to grab more than one out of every 10 auto sales.) Yet despite its relative success in the United States, where auto sales are roughly nine times stronger, the Renegade is virtually nonexistent in Canada. U.S. Renegade volume is 156 times stronger.

Attempting to competing in the domain of the Toyota Prius was too great a task for the oddball first-generation Honda Insight. It was far too serious a challenge for the second-generation Prius-shaped Honda Insight. Now, for the quasi-Civic hybrid that is the third iteration of the Honda Insight, Honda barely registers. Toyota’s hybrid dominance resulted in a big volume increase to 6,720 Prius sales in Canada, 27 times the Insight’s tally.