The story of Canada’s 2021 auto sales calendar is not a linear one. First-half volume absolutely exploded compared with the shutdown-afflicted first-half of 2020. Auto sales volume by the end of June had grown by a third, an increase valued at more than 200,000 units.

Then inventory issues became a supply crisis in the summer of 2021, which then revolutionized into a collapse of stock at the tail end of the year. Fourth-quarter volume tumbled 12 per cent, and numerous auto brands that were tracking toward exceptional, memorable, rejuvenating year-end results quickly turned into losers.

One look at the Canadian auto industry’s list of the biggest market share losers in 2021 makes quite clear the impact felt by traditional Detroit brands. All five of the biggest losers are so-called “domestic” manufacturers.

Stellantis, General Motors, and the Ford Motor Company combined to earn the business of 37.5 per cent of the 1.66 million Canadian car buyers in 2021, down from 41.0 per cent in 2020. Five years ago, those Detroit automakers owned 44 per cent of the market. A decade ago, their stake equaled 47 per cent and 15 years ago, it was 55 per cent.

Ever more truck-reliant, the big Detroit marques struggled the most as trucks were initially the hardest-hit in the midst of a chip shortage that led to the auto industry’s pandemic inventory crunch. Despite ample demand, full-size truck sales slipped 6 per cent in 2021 while all other auto sales grew 11 per cent.

And where do all the full-size pickups come from? An astounding 98 per cent are sold by Ford, Chevrolet, GMC, and Ram.

Not coincidentally, those four brands were among the biggest losers of auto industry market share in Canada in 2021. Which brands were the big winners?

GM’s truck-heavy GMC brand suffered a modest market share drop of slightly more than two-tenths of a percentage point in 2021 as sales grew only 2 per cent to 80,063 units. The pickup truck segment was among the first vehicle categories to suffer a severe inventory shortfall — GMC relies on pickup trucks for nearly three-quarters of its volume.

As Chevrolet’s top-selling utility vehicle, the Equinox, failed to be built for much of 2021 and the Bowtie’s loose grip on its few remaining tendrils of the passenger car market slipped further into the abyss, GM’s biggest brand actually suffered a 3-per-cent year-over-year sales decline in 2021. Only four brands failed to produce more Canadian auto sales in 2021 than during the disastrous 2020 calendar year.

Canada’s top-selling auto brand lost three-quarters of a percentage point worth of market share in 2021 despite adding more than 4,000 sales to its ledger, year-over-year. But in 2021, a 2-per-cent sales gain wasn’t nearly equivalent to keeping pace with the market at large, not when rival brands add nearly 30,000 sales. Ford’s fourth-quarter performance, however, told a very different story. As the industry struggled to build inventory and sales slid 12 per cent, Ford was up 19 per cent, growing the brand’s Q4 market by five points to 17 per cent.

An inability to manufacture pickup trucks at the level required to stay competitive caused Ram to see its share of Canada’s truck market slide by a couple percentage points, bringing the brand’s share of the overall Canadian auto market down by a point to 4.6 per cent. Ram’s total volume fell 12 per cent to 76,996.

Ram forged its own path. The Journey quietly called it quits. Then the Grand Caravan was handed to a partner brand. A trio of products that generated nearly 90,000 sales for Dodge in 2009 is no longer part of the Dodge brand. The most recent minivan removal cost Dodge 16,770 sales in 2021. The brand tumbled 52 per cent to only 15,457 units and market share fell by 1.1 percentage points to just 0.9 per cent.

Dodge’s loss is Chrysler’s gain, albeit at a modest level. Stellantis — which you used to know as Fiat Chrysler Automobiles — moved its minivan efforts away from one brand to position two vans under the Chrysler banner. With 7,226 minivan sales across two models plus another 795 Chrysler 300 sedan sales, Chrysler volume jumped by more than 150 per cent, enough to drive market share up by slightly more than a quarter point. It’s a big improvement from 2020, albeit still a far cry from those PT Cruiser glory days — Chrysler owned 3 per cent of the overall market in 2005. 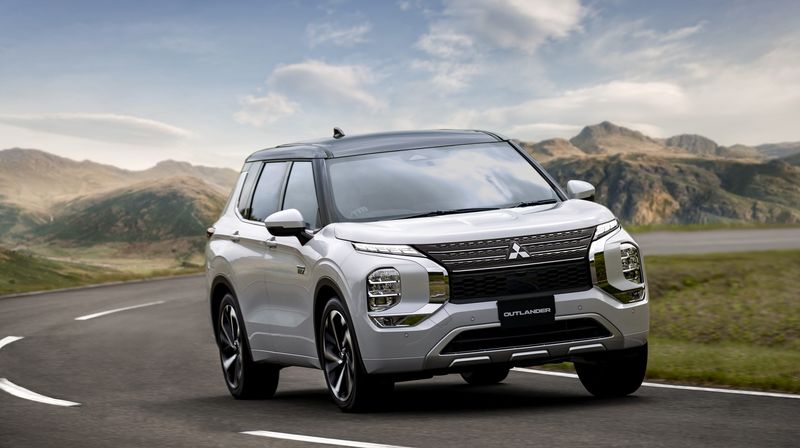 On the backs of a 47-per-cent year-over-year sales improvement powered by all three utility vehicles, Mitsubishi grew its market share by four-tenths of a percentage point with 23,644 sales in 2021.The spring launch of a Nissan Rogue-related Outlander made the nameplate Mitsubishi’s top seller: 9,509 were sold last year. Mitsubishi RVR volume shot to a record-high 8,704 units, as well.

Hyundai’s 13-per-cent year-over-year increase delivered an additional 14,252 Canadian sales in 2021. There were 126,610 Hyundais sold in Canada as the brand’s market share grew by four-tenths of a percentage point. Not surprisingly, Hyundai’s top three sellers — Kona, Elantra, Tucson — were the brand’s major protagonists. The trio added nearly 11,000 extra sales compared with 2020.

As most auto brands faded quickly as the year wore on, Volkswagen was still producing year-over-year sales improvements in late 2021. Fourth-quarter volume, for example, rose 8 per cent as Volkswagen added two more nameplates to the mix at the end of the year — the electric ID.4 contributed 536 units; the subcompact Taos crossover another 2,666. Volkswagen sold a total of 60,299 vehicles in 2021, enough to grow sales by a little more than four-tenths of a percentage point.

Although it became remarkably more challenging as 2021 progressed, Toyota’s manufacturing prowess allowed this massive global powerhouse to avoid many of the more severe supply constraints afflicting rivals throughout the first-half of the year. Toyota grew its market share by slightly more than a full percentage point on the back of a 17-per-cent year-over-year sales increase to 199,308 units. Meanwhile, Toyota’s upmarket Lexus division posted an all-time record sales year with 25,907 sales; enough to grow its share of the market from 1.3 per cent to 1.6 per cent.